Director’s Statement – Who was that masked man?

WHO WAS THAT MASKED MAN? ORION: THE MAN WHO WOULD BE KING

This is an article by Jeanie Finlay, director of ORION: The Man Who Would Be King for Dangerous Minds

Ten years ago I was at a garage sale with my husband Steven in our hometown of Nottingham, England. On a stall filled with cheap ornaments and dog-eared paperbacks, standing proudly at the front of a box of faded vinyl records, we found the below album. 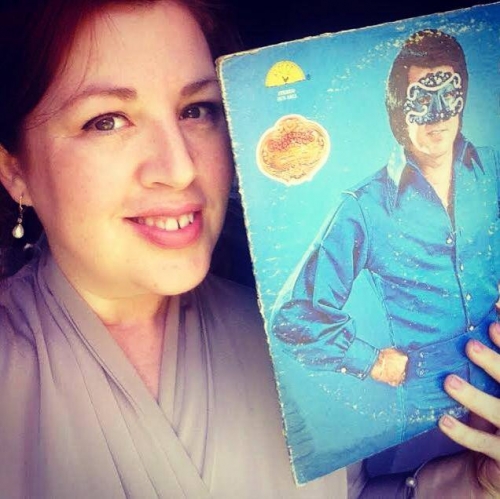 Orion: Reborn. Sun Records. Collectors gold vinyl. Release date on the back said 1979. No songs wed ever heard of, but that cover Who was this mysterious masked man, standing hand on hips, with his perfect raven hair and sta-press trousers? What the hell was his story?

We took the record home, put it on and within seconds the mystery deepened. Whoever this guy was, he sounded exactly and I mean exactly like Elvis. Except these werent songs that Elvis ever recorded, and there was no mention of the King on the record. But there was the fact of Sun Records and this odd story on the back sleeve about this guy called Orion Eckley Darnell and something about a coffin, and a book Most of all, though, there was this guy in the blue rhinestone-studded mask with the voice of Elvis. I had to know more.

The story I uncovered was one of the strangest I’ve ever encountered. As a documentary-maker, I’ve long been fascinated with stories that peek under the surface of popular culture and the machinations of the music industry, or explore just how important music is in our lives. Stories like The Great Hip Hop Hoax about two Scottish chancers who faked their way to a record deal by pretending to be American rappers; SOUND IT OUT about the very last record shop in my home town in Teesside or Goth Cruise a documentary about 150 goths (along with 2500 norms) taking a cruise in the sunshine to Bermuda.

But this story had it all. A roller coaster tale of the Nashville music scene in the wake of Elvis Presleys death, taking in deception, a quest for success, a search for identity and ending in brutal and tragic murder.

Even if you’ve never heard of Orion, you probably know about the Elvis is Alive myth. What I uncovered was that the story of Orion is the story of how that myth got started. In the marketing offices of Sun Records, maverick producer Shelby Singleton came up with the plan to utilize the incredible pipes of Alabama singer Jimmy Ellis  a voice which was both a blessing and a curse to the singer. Ellis had found it hard to get a solid foothold in the industry because of the similarity of his voice to Elvis a similarity which was wholly unpracticed. Jimmy didnt try to sound like Elvis, he just did. That made it hard for any record company to use him. 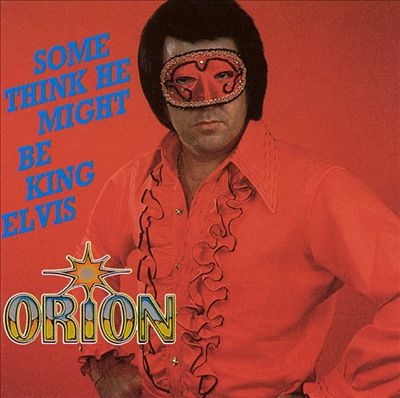 Shelby had already tried one tack, dubbing Jimmy Ellis vocals uncredited onto the Jerry Lee Lewis tracks in the Sun catalog, releasing the recording under the name of Jerry Lee Lewis and friends. Hed leave it up to the audience to come to the conclusion if they saw fit that it might just be a previously unheard recording from the depths of the Sun vaults. After all, it sounded just like Elvis?

I was born in Sun Records, in the studio.

But it wasnt until Shelby came across the novel Orion by Georgia writer Gail Brewer Giorgio that the stars aligned for Jimmy Ellis.  Orion was the story of the worlds greatest rock star and how he fakes his own death. As a character, her Orion was not a million miles away from a certain Memphis-dwelling King. It was a fantasy that so easily could be true. A fantasy that could be made true In a move that Shelby himself later described as ”part madman, part genius”, Sun Records put a mask on Jimmy Ellis, rechristened him Orion and unleashed him on an unsuspecting world. In Jimmy Ellis, Shelby had ”The Voice”. And the book gave him a name, and a backstory.

A copy of the letter announcing the name ORION for the first time. The mask was the beginning of the Orion mystery.

In May of 1979, one month after his announcement of the imminent arrival of ORION, Shelby Singleton sent the first single to the radio stations. The cuts were Ebony Eyes and Honey, but there was no label on either side. Shelby wanted to build the mystery. The voice was the thing. He knew that the moment they heard that voice, they would have a million questions. And theyd want to see the mouth it came from

Orions first album was readied  but hit controversy when there were complaints about the depiction of the masked singer appearing to rise from the dead from an open casket. (It was replaced by the blue cover above, which was later to catch my eye.)

Orion was now out in the world. Performing across America, always in the mask, always in character (legend was that Shelby would fine Jimmy if he were caught not wearing the mask at any time). And the crowds came. Hundreds and thousands of them, many coming for that voiceand many simply coming for the fantasy, the fantasy that the thin mask kept precariously in place. But for Jimmy, it was a frustrating ride.

Orion traveled the world while on Sunincluding, bizarrely, performing with Kiss in Germany putting out seven albums on Sun in just five years, but Jimmy hated the mask; the gimmick that provided the all-important mystery was ultimately a trap.  He could never be himself.
Look Me Up

When the gimmick wore thin, Ellis discarded the mask. The fragile spell was broken  but Jimmy was free. However, he struggled to step out of the shadow of Presley and the voice he was blessed and cursed with. He tried out many different identities  Ellis James, Mister E  he put the mask back on, then took it off again – but he never really found the same bright spotlight again. In December 1998, back in Orrville Alabama, the town he had left many years before to find success in music, Ellis was brutally murdered in his pawnshop during an armed robbery. A tragic ending for the man with the voice of a legend.

This is a guest post by Jeanie Finlay, director of ORION: The Man Who Would Be King